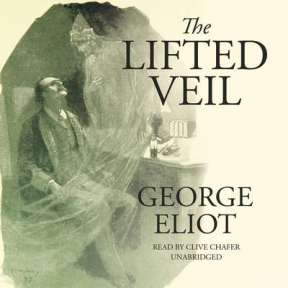 We’re introduced to Latimer, a dying man who is ready to tell the murky story of his unusual gift and of his marriage to the woman originally intended for his brother.

As a young child Latimer developed a severe illness. Although he recovered it left him with the gift of clairvoyance. In adulthood Latimer is jealous of his older brother Alfred who will inherit their father’s fortune, but more importantly to Latimer, Alfred is courting the young heiress Bertha. Latimer is smitten with Bertha and suffers while watching her favours bestowed on his older brother.

One night Latimer has a vision of Bertha as his wife and the dreadful person she really is.

“…Bertha my wife with cruel eyes, with green jewels and green leaves on her white ball dress, every hateful thought within her present to me: madman, idiot, why don’t you kill yourself then? It was a moment of hell I saw into her pitiless soul saw its barren worldliness, it’s scorching hate and let it clothe me round like an air I was obliged to breathe.

Instead of running a mile as any sane person would, Latimer marries Bertha following the death of his brother. As his vision foretold she becomes a callous, unkind creature.

AND THEN: I’m not going to spoil the rest of the story for you by telling it here!

Any good horror is usually told with a good helping of humour and The Lifted Veil has as much as most with a solid deux ex machina to help Latimer toward the end of his tale.

Eliot’s foray into the realm of the horror was published the same year as her first novel, Adam Bede. It is a charming tale that will delight anyone who enjoys a gothic horror and which will intrigue Eliot fans.

Chafer’s reading is delicious – it makes you want to dim the lights, cuddle up in a rug and steel your nerves.